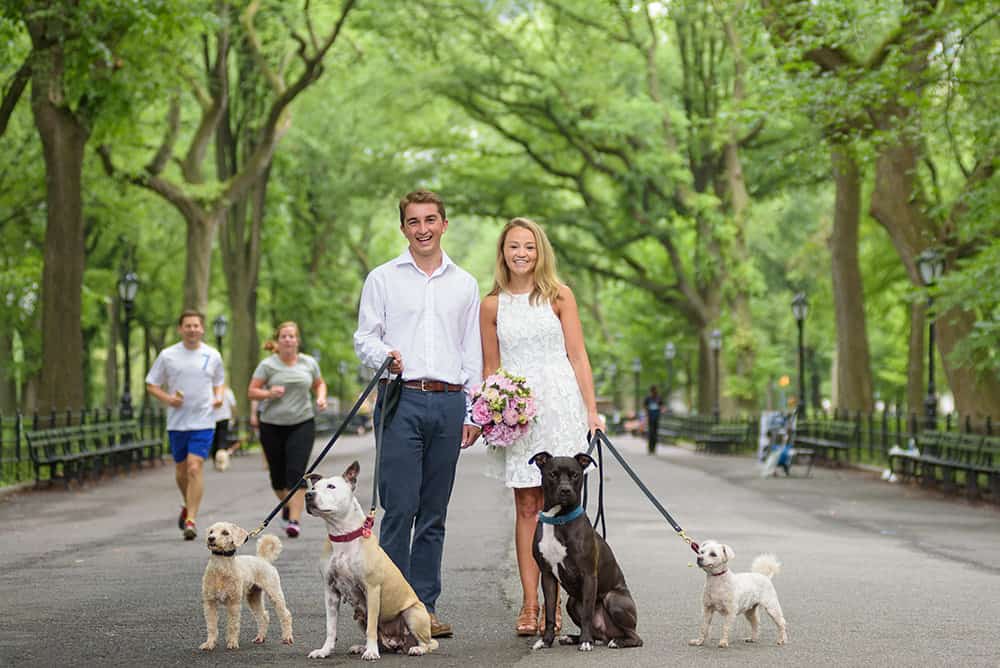 Posted on March 03 by Francesca Sgambati

Submit your engagement story to us and be featured on our site!

How They Met: Troy and I were both living in NYC when we met. In a city where it is surprisingly hard to meet that special someone we both begrudgingly decided to give online dating a shot. Our first date was October 2nd, 2013 at a crowded Midtown East Pub over craft beers and appetizers. After that date we began seeing each other every free moment we could and never looked back. The Proposal: After a busy winter and with the summer season just around the corner Troy and I had been itching to escape the city and get away for a weekend. It was a welcomed surprise when a couple that we are close with invited us away to their parents Spring Lake Beach House for the weekend as an unofficial and early start to Summer. Troy and I picked up a rental car early on Saturday, May 7th on a rainy day and took off, bags packed for a chilly beach weekend. As we approached Seabright Beach Club (as the agreed upon meeting place to caravan to the rental house together) we noticed that we were the first to arrive. As someone who grew up at this beach club I was eager to get out, see the club and check out the waves… it had been a long winter away from my favorite spot. On the beach the wind was howling, the waves crashing, and the sky spitting random rain drops. I turned around to see Troy on one knee reciting his speech… I could not believe that this was happening and that the whole weekend with friends had been a hoax! I was so excited to marry this man and commit to a lifetime together. The ring was absolutely stunning and what was even more special about it was that the center stone had been my grandmothers. As I screamed yes and jumped into his arms I was quickly alerted that we had to hop back into the car to race back to the city and get to JFK. Troy told me that he had called me off of work for Monday and we were flying to Miami for a long weekend to celebrate… he had even thought to pack swimsuits and beach clothes for me! Before I knew it, I was on a plane sipping Champagne and on our way to Miami. The entire weekend still feels like a dream.       Photographer: Louise Conover
Hide Photo List Show Photo List