Posted on July 13 by Allison Dupree 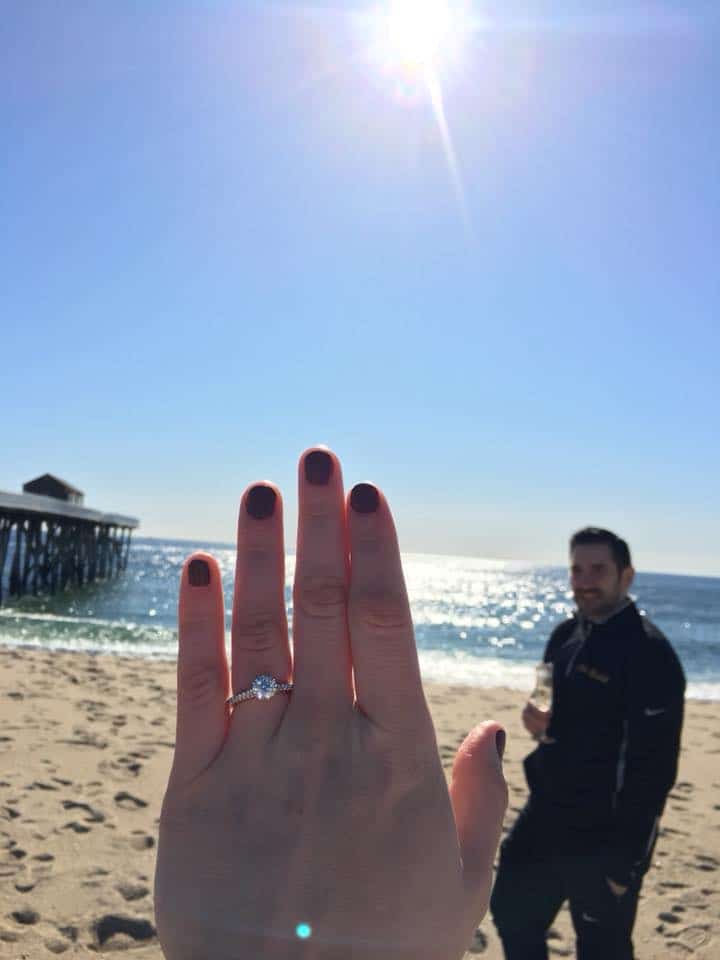 During the summer of 2014 while I was between my first and second year of veterinary school, I spent a lot of time with my college best friend Rachel. Rachel had a brother named Josh. They also had a third sibling, Rebecca, who got married on July 6th, 2014. While at the wedding, I became acquainted with Josh’s best friend (and my future Fiancé) Matt. The day of Rebecca’s wedding, the family went to take photos at Rutgers Gardens leaving Matt and I to entertain ourselves. We spent the day talking about everything under the sun. The wedding that night was absolutely beautiful and I was inspired to ask Matt to dance with me. I never stopped thinking about him after that night. On July 11th of 2014, my 24th birthday, about a week after Rebecca’s wedding, Matt texted me to wish me well and asked how my day went. I told him it wasn’t exactly perfect – I had a difficult time at work and nothing felt particularly special about the day. “I’m on my way. Where do you want to go?” “The beach,” I told him. It’s always been “my spot.” I didn’t think he was serious. He was living in Brooklyn at the time, and I was in Belmar. “Red or white?” he asked. “Both.” A few hours later he knocked on the door and we were on our way to the beach at 11 PM with one bottle of red wine and one bottle of white wine. We shared our first kiss under the Belmar Fishing Club pier in the sand that night 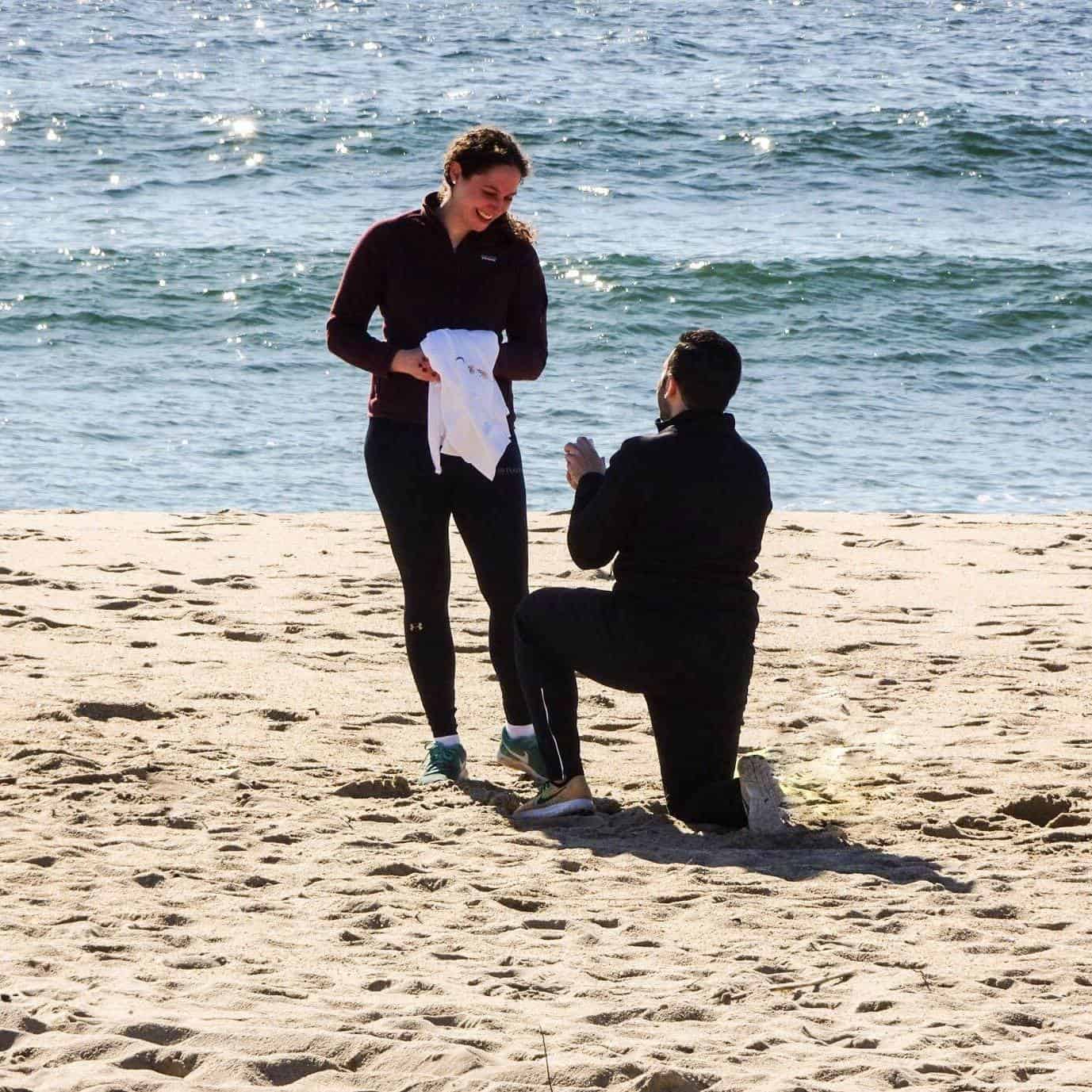 Where did you get engaged? Belmar Beach

How did he ask? The weekend of March 31st, 2018 was a rare weekend for me – I actually had the weekend off. It was my first year out from veterinary school as a practicing equine veterinarian in Hunterdon county. The first year out, the intern year, is notoriously difficult and time-consuming. The last weekend in March was one of the few weekends I had off for the entire year. Matt and I were visiting my parents in Belmar and he suggested we go for a run. I didn’t think anything of it, as we run together as often as time allows (less this year than years previous). I suggested the beach – a no-brainer. Ten minutes later we got to our usual parking spot in Avon, and ran over the bridge on Ocean Avenue to Belmar. Matt suggested instead of staying on the boardwalk that we venture onto the sand since it looked nice and packed – a good running surface. That morning was so beautiful – one of those rare, sunny and 70 degree days in March after a seemingly endless dark and rainy winter. When we got under the pier there was a grocery bag in the sand and Matt tripped over it falling to the ground. I was so distracted by my frustration that anyone would leave their garbage on the beach! From the ground, Matt said, “well look in the bag, what is that?” I tried to dismiss him again, saying “it’s probably just someones trash.” “Open it,” he said.” As I opened the bag, Matt removed his jacket, and underneath it he was wearing a black track jacket that read “Mr. Saleh” in gold letters. From the bag, I removed a matching track jacket that was white and read “Mrs. Saleh,” and suddenly he was on one knee. Much laughing and crying ensued from both parties as he asked me to marry him. The beach has always been so special to me, and almost four years after our first kiss in that exact spot, we marked the start of our forever in the sunshine and in front of beautiful, endless waves. Josh was photographing and videoing the entire proposal, and once I said “yes,” he popped out from where he was hiding on the pier with a bottle of Moet, the same champagne that Matt and I first shared four years ago, and a beautiful bouquet of roses. It was truly the most beautiful day of my life.