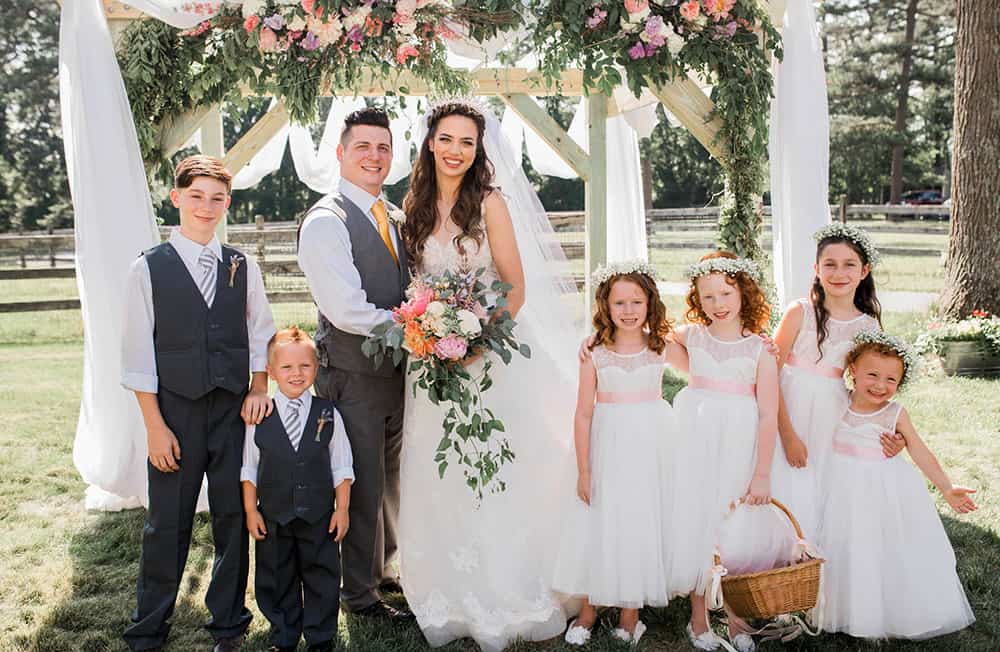 Posted on March 28 by Denise Potter

Music is a key ingredient for any fabulous party. So, when it comes to your wedding, it’s important to let your music choices set the tone for the celebration. But don’t be fooled: The reception isn’t the only place to get the party started. This year, personalized ceremony recessional music is the hottest new trend.

While most couples tend to err on the side of more formal processional music (like a string quartet or some version of “Here Comes the Bride”), it’s becoming more and more common to think outside the box for recessional song options.

Wave goodbye to Mendelssohn’s Wedding March! There are a ton of unexpected romantic songs ready to take its place. After all, the end of your ceremony marks the beginning of the party, so it’s best to keep it upbeat and true to your personal style.

Tony Tee Neto of SCE Event Group in West Long Branch always encourages his clients to break traditional boundaries with their recessional selections. “It’s okay to give up the violins once you say ‘I do,’” he says. “Often, a couple’s choice for recessional song ties into their personality and is potentially an indication of how they’ll react on the dance floor later,” he says. “If they’re on the more contemporary side and choose ‘Best Day of My Life,’ by American Authors or ‘Let’s Get Married,’ by Jagged Edge, they will need very little coaxing to get the party started later on!”

Michael Bedkowski, owner of Posh Entertainment in Cranford, confesses that his recent clients played ‘Paint It Black,’ by The Rolling Stones for their walk up the aisle. The unexpected choice was on-theme for their Halloween-inspired wedding, and both surprised and impressed guests. “Nowadays, couples keep it real and fun,” he says. “It doesn’t have to be so serious.”

If you find yourself in need of a little inspiration, here is a list of 50 unexpected recessional songs that are bound to get your guests on their feet and looking forward to the next phase of your celebration. Whether you go with an “oldie,” a chart-topper of today or a retro one-hit wonder, the important thing is to stay true to your everyday style and just have fun with it!

Songs for Your Recessional:

Choosing the right ceremony music helps set the tone. Make your wedding music personal by choosing songs that reflect who Couples shouldn’t forget about the music that will be used to introduce them to their guests at the reception.