Posted on December 07 by DCWadmin dlast Matt and I met on a dating app in college. We instantly connected over running. Since Matt and I grew up in the same county we had a few friends in common. Our first date was more of a hang out with another friend who joined. It was very easy to talk to each other. The next week Matt took the train to visit me at Pratt in Brooklyn to have our first official date in Dumbo.

When did he ask?

Where did he ask? All about the proposal!

Matt and I decided to take an extended weekend to Shenandoah Virginia. It had been a busy year for us both so we were really looking forward to having some time to relax and explore the woods and mountains. We stayed in a cabin with little cell reception, quilted blankets, and some old school movies. However, we wanted to spend most of our time hiking and exploring. Most of our trips have always been planned around a big hike, but this one by far will be the greatest to remember. We set off early on Saturday morning. Hoping to not loose GPS signal as we looked for the hiking trail. The hike was about 8 miles in total but the elevation gain was the hardest part. We worked together climbing rocks and pulling each other up. Matt would boost me up and I would help pull him up, we truly were a team and getting to the top was such a great feeling! It was beautiful. We finally made it and all I wanted to do was sit and look at the view. We had packed some PB and J’s and I was ready to go to town…but Matt was hyper and bouncing all around. (Which if you know Matt it is a bit out of character). The thought of an engagement had crossed my mind we had talked about it before, but being tired and hungry I was not expecting it. Matt was all about taking pictures (Which again, if you know Matt it is out of character). I insisted on taking a selfie with our camera but he really wanted to get a picture of the two of us taken by someone else. “I’ll give someone your camera!” Matt said. Hangry Dani said “It’s my camera I’ll give it someone”. 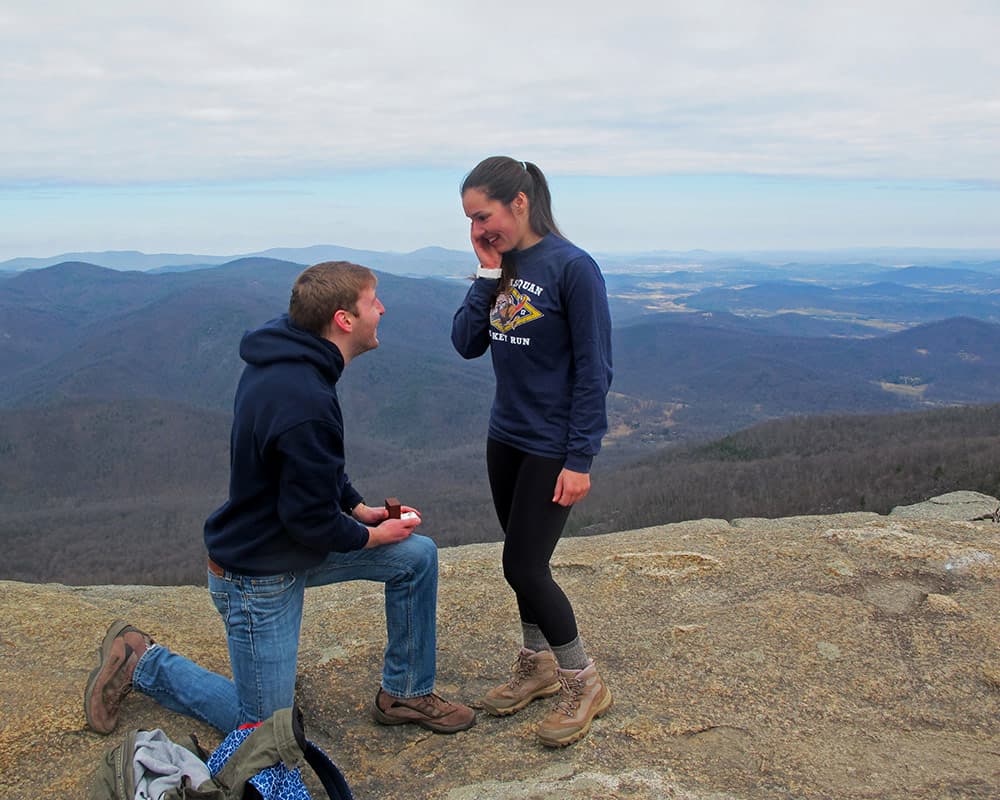 I handed my camera to a fellow hiker and turned around. Matt was fumbling through his bag. I have to admit I was a little annoyed he wasn’t standing up for the photo yet! But he quickly got on one knee. Matt said “I want to continue to have these adventures with you for the rest of our lives. Will you marry me?” And I said yes!