Posted on June 26 by Allison Dupree

Saj and I both went to Kean University. I was a sorority girl and he was the social chair of his fraternity, so we crossed paths regularly on campus and at mixers. Our friendship grew and eventually we were spending more time together, however I strictly wanted to just be friends while he wanted to be a couple. Thankfully he never gave up, and after a year, I let my heart win falling in love with the man I knew I was meant to be with. 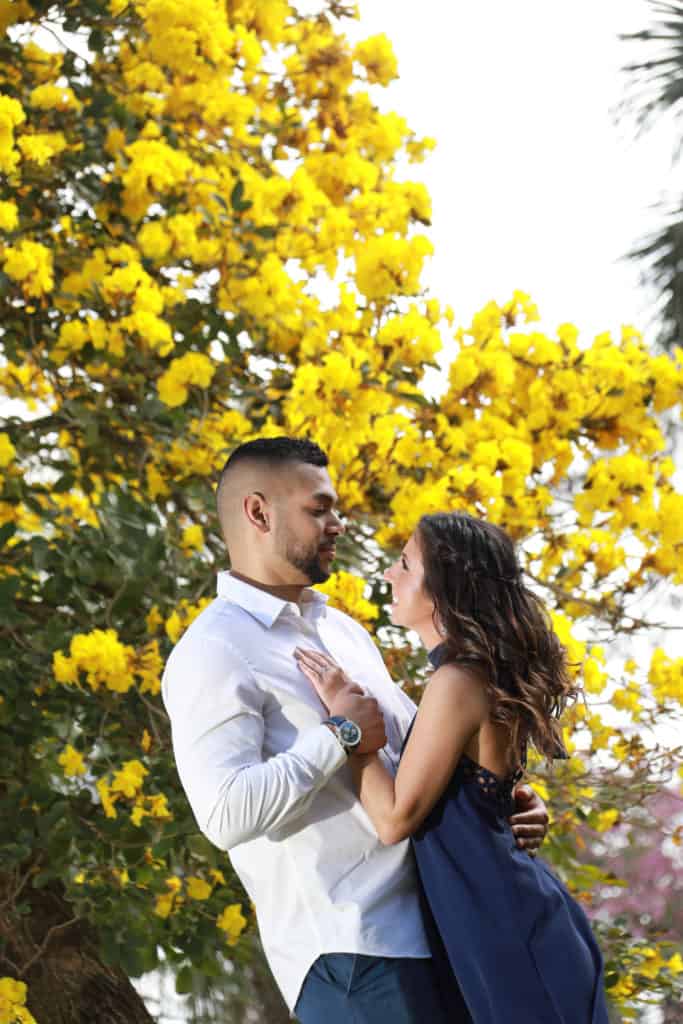 After five years our paths went in different directions, he was moving to Buffalo for graduate school and I was starting my teaching career in New Jersey, putting our story on hold for a few years. Our story resumed when on a whim, after numerous declined invitations, I took a trip up to Buffalo to visit the newly graduate. An awkward weekend of reconnecting and a move back to New Jersey, we began dating again. Everything between us was now better than it had ever been. When did you get engaged:

Where did you get engaged: I planned a big birthday celebration in Disney World for my 30th birthday. The first night my mom had booked a fireworks cruise for everyone to watch the Magic Kingdom Happily Ever After Fireworks. Getting ready for the cruise, Saj asked me what I was wearing because he wanted to match me. Not thinking anymore than him just being sweet since I was the birthday girl, I answered “navy and white.” Since we arrived early for the cruise our group decided to take pictures before the humidity and breeze from the boat ruined all the girls hair. As we were walking by the sorcerer Mickey topiary, Saj grabbed my hand and said, “Let’s take a picture.” Thrilled he actually initiated wanting to take a picture, I followed his lead to the front of Sorcerer Mickey. He stopped, turned to me now grabbing my other hand, so he was holding both, and hovering over me. “Alyssa Ann as soon as I saw you I knew an adventure was going to happen,” he began than getting onto one knee I screamed “IS THIS A JOKE?” My fairytale was coming true, in the most magical place on Earth, with my sister, his brother, and my two best friends by our side. I found my happily ever after.