Lauren and Sal in Napa Valley How they met
They could have been any two people passing by without a second glance in a Seaside Heights bar, but when Lauren D’Amelio and Sal Ventre saw each other one summer night in 2017, it was a stop-you-in-your-tracks, love-at-first-sight moment. Lauren, 28, of Kinnelon, was walking in as Sal, 31, of Toms River, was walking out.
“I looked at him and said ‘Are you leaving?”‘ the bride reacalls, remembering how handsome she found Sal, “I just looked at this man and I had to say something to him.” While they barely spoke that night, he messaged her for a few days through Instagram, and after seeing his face on a billboard (he’s a real estate agent), Lauren agreed to a dinner date. 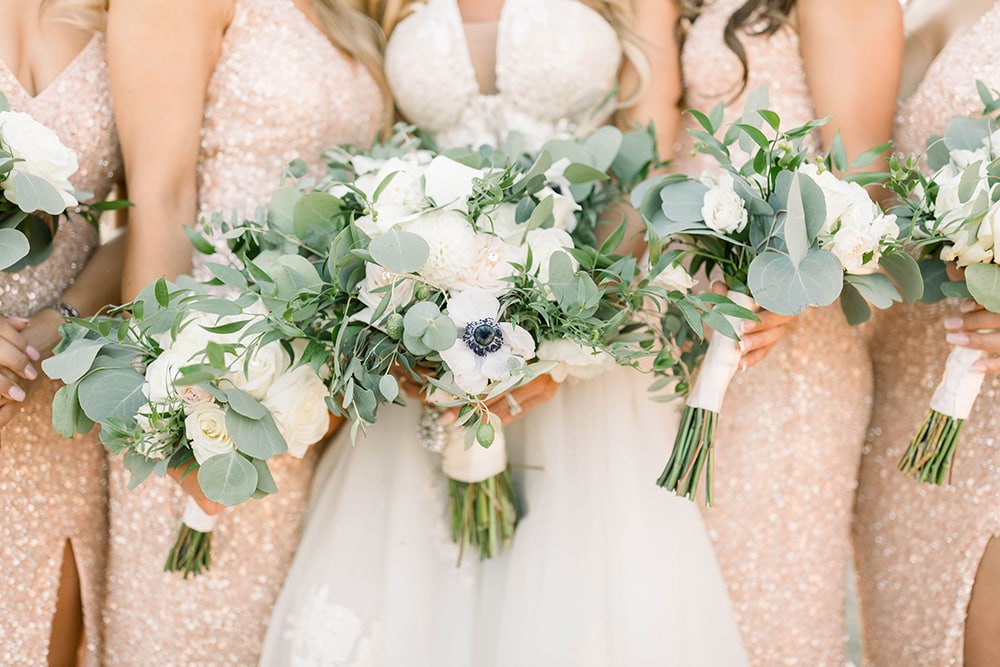 “He was really sweet,” says the bride, a makeup artists who liked that he kept asking her for plans. “He courted me. Nowadays, I feel like men don’t court women anymore, or as much.” On the night of their first date, Lauren and Sal each separately called a friend to say they might have found “The One,” and they have been together every since.
“What made me fall in love with him was really his genuine kindness,” Lauren says. “He’s so sweet and he’s really thoughtful, very cute, hardworking, and in my eyes, he was the perfect man.” How They Got Engaged
On October 13, 2018, during a trip to Napa Valley in California, the couple had just arrived at Castello di Amorosa, when Lauren asked a woman with two cameras to take their photo at the winery. Little did Lauren know that she was photographer Sal had hired.
“In the vineyard, he got down on one knee and proposed,” Lauren says. “It was awesome. It was magical. It was like a fairytale. He did a really good job.” Details of The Day
As a celebrity and bridal makeup artist, Lauren didn’t want to feel like she was going to work on her wedding day. So instead of a New Jersey wedding venue the couple said “I do” on August 23, 2019, at their destination wedding in California’s wine country. In front of 130 guests, they tied the knot in a 1:00 p.m. church ceremony and celebrated with an evening reception at a scenic winery. Bridesmaids wore glittery gold, the color that accented the dinner tables, which were white with pops of emerald green. String lights added to the festivities, and they enjoyed views of the vineyard and mountains as they danced. “It was a magical night,” Lauren says. All About the Gown
Lauren stunned in a beautiful strapless ballgown for the ceremony and in a more fitted dress for the vineyard-glam reception. Surprise!
An exciting moment came when the crowd gathered around the dance floor for a gender reveal to let everyone know they were expecting a baby boy.
“Everyone was just bawling their eyes out,” Lauren says. She loved celebrating her wedding across the country and doing something different. “I call it magical,” she says. “It was this really cool Napa getaway. Everyone who came really enjoyed their entire time.” 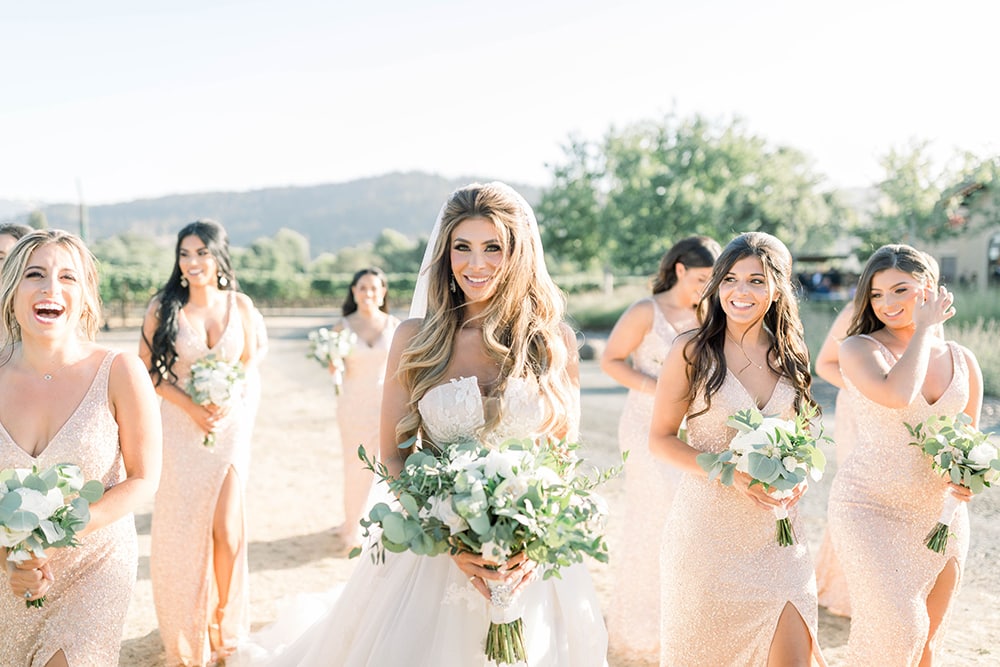 One Detail She Couldn’t Live Without
Her hair, which was styled by Senada K. Ceka, a close friend and colleague, and her makeup, which Lauren perfected herself. “It was nice for me to do my own makeup because it really does calm me and it actually takes away my anxiety,” Lauren says. “Getting ready was nice for me. I enjoyed that whole process.” Favorite Moment
“It was just a really happy moment with my dad walking me down the aisle,” Lauren says. “It was so peaceful. It felt so crazy to see Sal at the end of the aisle. He was tearing up and I was emotional, and it was just beautiful.” Advice To Other Brides
Since she encountered some traffic getting to the church and the reception, Lauren recommends that brides stay in one venue for their wedding day if possible or, at least, in spots that are close to each other. “It gives you so much more time in your day and there’s so much less stress due to things you can’t control,” she says. Honeymoon Location
The couple enjoyed a trip to the Greek islands of Mykonos and Santorini. “The food was awesome, the beaches in Mykonos are beautiful and it was super relaxing in Santorini,” Lauren says.