Katrina Lambregtse, 28, met Nick Washnik, 30, during their high school days, but he was not on her romantic radar. She was a sophomore at Park Ridge High School, and he was a senior at nearby Waldwick High School and a volunteer coach for her track team (his mom was the coach). “We were always just friends,” she says. They stayed in touch after high school and started talking more in 2014 and began dating. Soon after, when he was on a trip to Scotland, she truly missed him and realized “he’s the one for me.” “He’s so sweet,” Katrina says. “He would do anything for me.” Will you marry me?
With their backyard all ready for a July Fourth party in 2017, Nick surprised Katrina on the night before their celebration with a candlelit, outdoor proposal. “He said, ‘You know how much I love you. Things keep getting better and I don’t want to spend my life without you,’ ” Katrina recalls. “I was so surprised. It was awesome.” The proposal turned their Fourth of July party the next night into a joyous engagement celebration. Details of the day:
The couple tied the knot on July 7, 2018, in a 5 p.m. outdoor ceremony at Brooklake Country Club in Florham Park before 200 guests. The look of the day was timeless. “I really wanted it to be classic, feminine and elegant, so we decided on mostly black and white,” Katrina says. The bridesmaids and the guys wore black, and the tablecloths, napkins and flowers were all white, with the floral arrangements featuring hints of pink and peach. “I didn’t want anything to be crazy or stand out,” she says. “I wanted it to look sharp and simple.” The party was a blast, with tons of dancing. “We wanted everyone to dance all night and that’s what we did,” the bride says. “It really was the best day. It was perfect.” Favorite moment:
After being apart from Nick all day, Katrina loved their first look and later when the newlyweds kept their promise to eat dinner together at their sweetheart table. “When we sat down we were like, ‘We did it. This is awesome. We’re so happy,’ ” she says. Favorite detail:
Her wedding dress, a Justin Alexander ballgown with a sweetheart neckline and rhinestone belt. “I loved my dress,” says Katrina, adding that it made her feel like a princess. “It was easy to wear and comfortable the whole day.” What went awry:
They forgot the marriage license but were able to sign it the next day. Advice to other brides:
“Don’t stress so much,” says Katrina. “It’s all going to come together and you’ll forget about half the things you stressed about. It will all be perfect, even if something goes wrong. It all works out.” Honeymoon:
After a trip to Jamaica, the couple is at home in Waldwick. 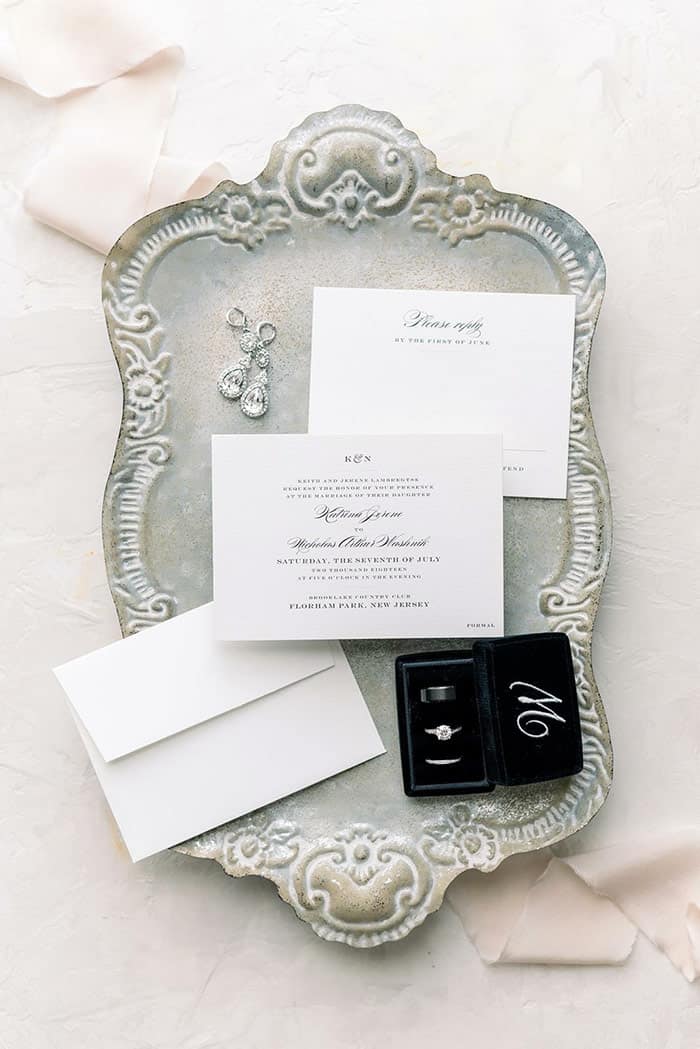